5 Fast Tips: How To Use The Jab

The first punch and most important punch you'll ever learn in Boxing, the Jab.

Its doesn't end the fight, but it sets up everything else that does.

You'll hear Boxing compared to Chess a lot. My old Boxing Coach used to say to me "you can't get your opponent in to checkmate without moving your pawns first."

Jabs will fluster, blind, and frustrate your opponent, thats your opportunity to do the scoring damage.

If you're newer to the sport and you feel you've mastered the basics,.....read the 5 tips below, practices them on the heavy bags, visualize an opponent, and play around with the different ways to move the jab.

When you mix up your rhythms, angles, your speed and power, with just your double jab you can throw your opponent off balance, bother them, distract them, and set up perfectly for the back hand Cross. I go into detail on my next Podcast about ways to master a 1-1-2, such as using

These above are all 1-1-2, just different angles, targets, and tactical changes in speed and power.

When I fought I used this a lot, in the first round, throw a lot of fast air jabs out,

- to measure your range on your opponent, where is effective to throw punches from.

- to measure their reactions, do they absorb the punches on their guard, do they slip and move their head, or do they move their feet. Do they parry/counter.

Like I mention with my favorite combo, use it to create the openings for the real damaging punches to come through. These set-up jabs don't have to be super powerful, or even connect, the feint is one of the best ways to throw the Jab, and my good friend Tony Jeffries is a master at it!

Short like me? :( Fighting opponents with longer range,....... I was always an inside fighter, get inside, do some damage, make an angle and move off. The jab is the best tool to shorten the distance, unfortunately not many of us will master Mike Tyson ability to just walk in to opponents and beat em up. By using the jab to shorten the distance, you can distract your opponent with it, get your feet moving and close that gap without gettin hit.

If you have the longer reach in a fight, using your jab to keep your opponent out of their punching range. Keep jabbing them out, distract them while your at a safe distance.

Before I go...... (not a rule) just a tip for beginners. Always step on that jab! If you throw a jab, get that front foot stepping and connecting with the canvas, the exact time the Jab connects with the opponent.

Thanks for reading, hope your jabs level up! As always, any questions, leave me a comment or ask me in the gym :) 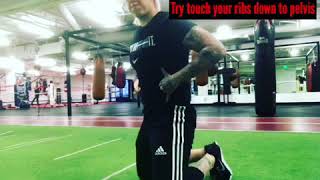 Save Your Back! 1 Quick Tip 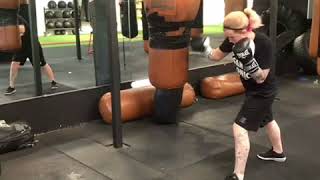 Breaking Down 'Body Hook - Head Hook' off the Lead Hand.

5 Fast Tips: Get Merry over Christmas While Staying on Track

5 Fast Facts: How Sledgehammers Can Improve Your Boxing

5 Fast Tips: How To Use The Jab

5 Fast Tips: The Importance Of Recovery